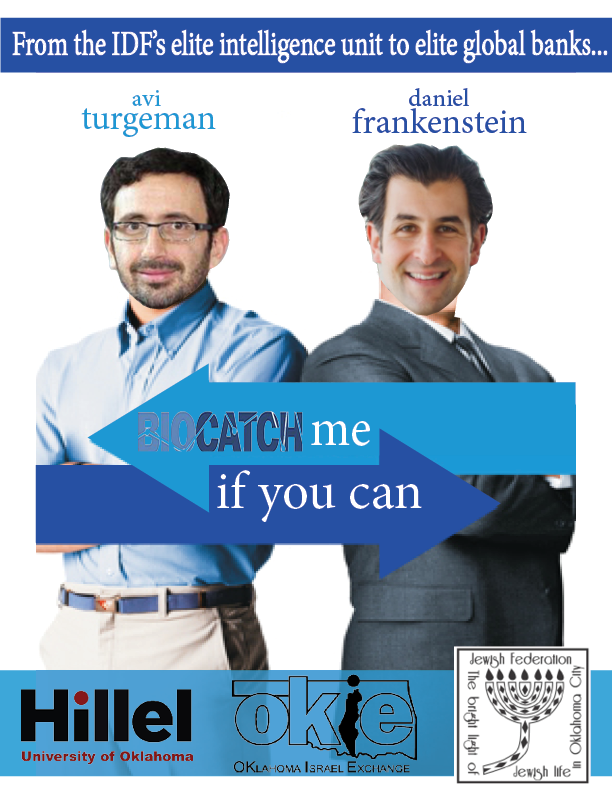 The OKlahoma Israel Exchange (OKIE), the Jewish Federation of Greater Oklahoma City, and Hillel at The University of Oklahoma present Janvest Capital Partners' Daniel Frankenstein and BioCatch's Avi Turgeman, as they share the latest innovations coming out of Israel. Avi was an officer in Israel’s 8200 Intelligence Unit, serving as a Commander in Israel’s equivalent of the National Security Agency. Avi is the Founder of BioCatch, an Israeli cybersecurity company protecting more than 100 million banking customers from fraud using advanced behavioral biometrics. This was a technology Avi developed in the IDF. Daniel Frankenstein is a co-founder at Janvest and was Avi’s first investor back in 2011. BioCatch just announced a $165 million investment round led by Bain Capital and joined by Goldman Sachs, Citi Bank, Barclays, and HSBC.

This program is free to attend, but pre-registration is required via this link.