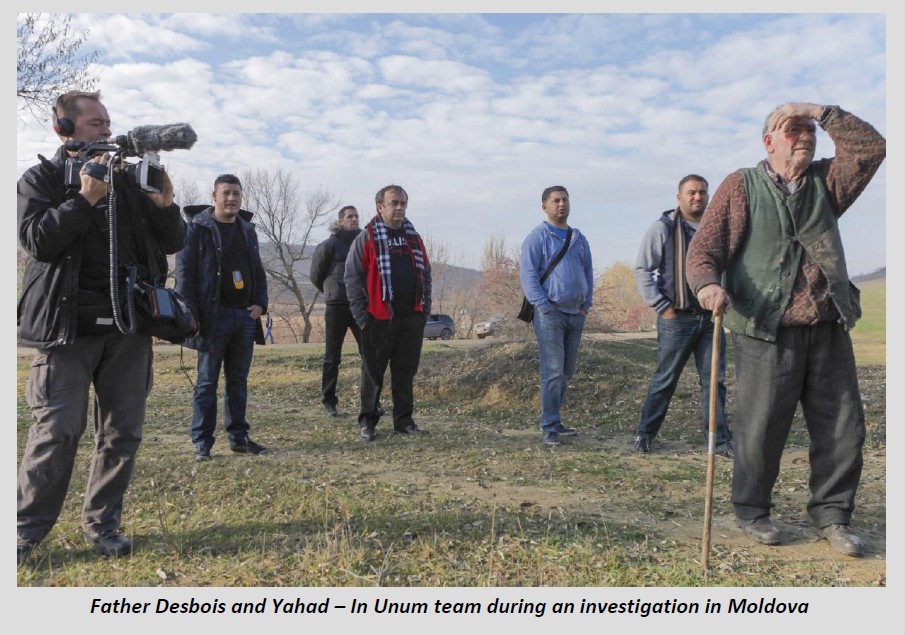 Holocaust By Bullets In The Occupied Soviet Territories

Training via a Webinar

Yahad – In Unum (“Together in One” in Hebrew and Latin), a Paris-based non-profit organization established in 2004 by Father Patrick Desbois, is dedicated to systematically identifying and documenting sites of those mass executions committed against the Jews and Roma in Eastern Europe. To this day, through its research, the association has conducted 185 research trips in eleven Eastern European countries, collected 7,250 testimonies of eyewitnesses to the mass shootings, and identified more than 3,000 extermination sites.

Most of the current teaching about the Holocaust relies on the extermination of the Jewish people in death camps and on the idea of “the industrialization of killing.” The mass-shootings that took lives of 2 million Jewish victims in Eastern Europe bear all the hallmarks of an “in-person” murder which is being replicated in many parts of the world today, and in which ideology and opportunism, combined with a specific organization of the Soviet countryside, played a crucial role.

Through this 90-minute webinar, Yahad-In Unum aims at providing teachers and educators with a condensed overview of this little-known chapter of the Holocaust history, an outline of our research methodology and a number of educational tools to be used in an online or face-to-face classroom setting.

Program of the webinar:

•           Viewing and analysis of an excerpt from an eyewitness testimony

Einsatzgruppen in the former Soviet Union

•           Presentation of In Evidence, the interactive map of the killing sites identified by Yahad – In Unum and of different ways for its pedagogical use

The Jewish Federation of Greater Oklahoma City and The Schusterman Center for Judaic and Israel Studies at the University of Oklahoma are pleased to offer this important training at no cost to Oklahoma educators. Participation will be limited to educators currently in the classroom and for whom Holocaust studies is included in at least one of their classes.

We will maintain a waiting list once the session has been filled.